Today we are spending a lot of time talking about the Senate run off race between MJ Hegar and Royce West to see which of them will go head to head with Republican incumbent John Cornyn. This episode is a little more off the cuff than usual but still has a lot of information to help you get started on who to vote for from their background, who is endorsing them, and voting strategy. Additionally, there’s an update about Covid19 and I end by talking about #cancelculture.
Change begins in the city you live! 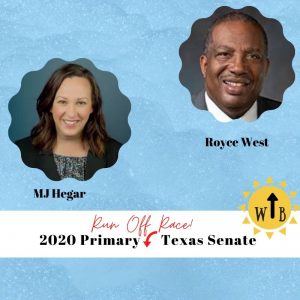