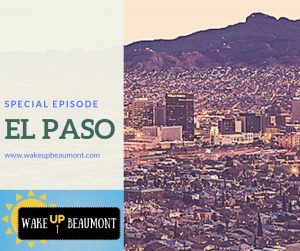 In this short episode, I and activist Joseph Trahan react to the El Paso shootings. It has been a few weeks since the event and while we haven’t found out much more information about the incident, gun control and gun violence has had it’s usual rounds of discussion across social and mainstream media. Now that the conversation has mostly settled, what can the average Texan do about it?

Who represents me?
This website is a great resource for where ever you live in Texas, but I’ve calibrated it to show the following politicians for the city of Beaumont in Jefferson County.

Article: How to participate in politics
Article: How to call my senator (oldie but goodie)
Don’t want to actually make phone calls?  5 Calls
Data on gun violence from every town
The National Rifle Association

Music by Danielle Ate The Sandwich