In this episode, we have a conversation with the cast and crew who just completed their run of Clybourne Park, a Pulitzer Prize award winning play about race, gentrification, the housing market throughout the years, and so much more. Director Donny Avery was kind enough to let me bother their rehearsals and talk to them about how they felt about the play, their characters, and why this play was important for Beaumont. See behind the scenes photos from the cast on the Instagram page (wakeupbeaumontpodcast) and check the sources below for additional content! 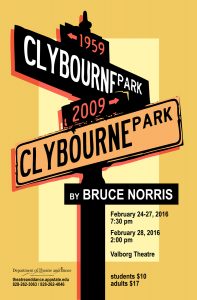 A little sugar
Video: A clip from a production
Video: Gentrification mockumentary
Podcast: Interview with Senator Cory Booker in which he talks about housing in America
Article: A 2011 New York Times review of the show
Article: NPR report about gentrification
Article: New York Times opinion called Racism In The Housing Market