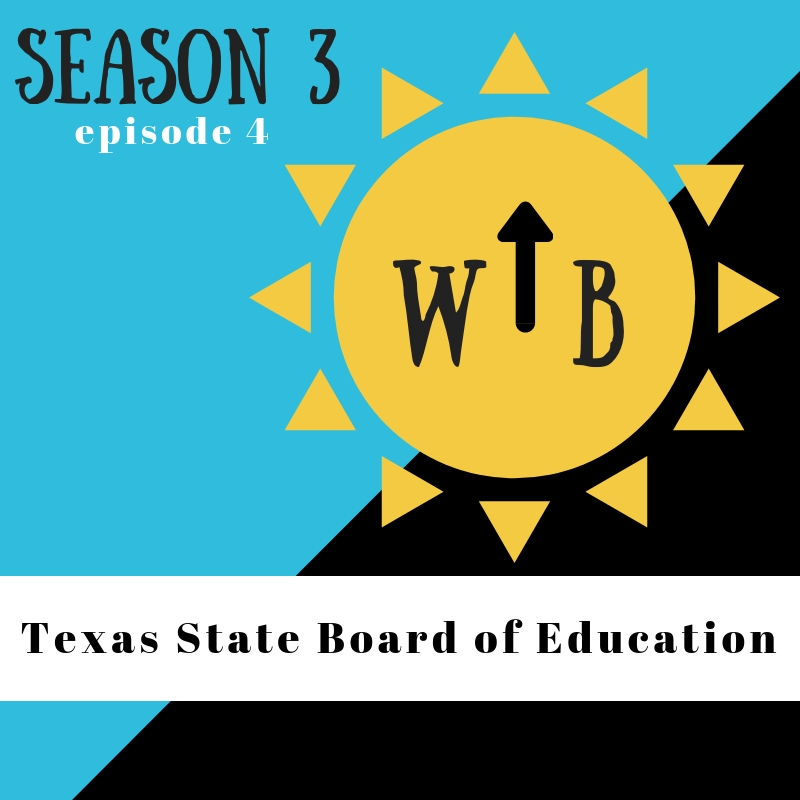 S3E4: Texas State Board of Education

In today’s episode, we hear directly from the Democratic candidate for place 7 for the Texas State Board of Education and why it is important to pay attention to this agency. 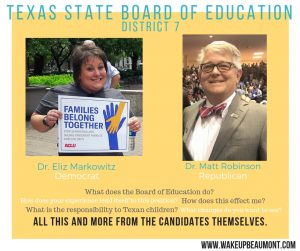 Additional
David Bradley is trash; here’s the proof
– Critical thinking is gobbledygook. Definition of gobbledygook.
– He thinks history can only happen/matter if you are dead.
– He worked on the board of education but doesn’t believe that education should be the  government’s responsibility.
– Oh and he was indicted for violating the Texas Open Meeting Act. The charges were dropped after he took a class on the Act, but he was called into question again in 2016 later over some emails (2).