The Coffee Runs with Teej Rodman 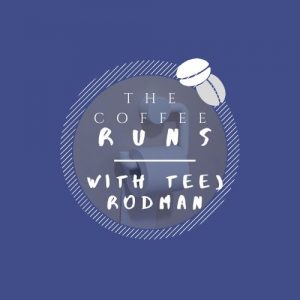 I’m excited (and a little nervous) to give you this new show that I’ve started with Teej Rodman. It is totally unlike any of my other episodes – long form, unedited, purely conversational, and a bit vulgar (don’t tell my mom!).

Teej is a local social media instigator who creates on point Beaumont memes, argues with trolls, and is hard to ignore. Thinly veiled behind the shock value of his words are intelligent and wise observations that always keep me (and others) engaged with what he is saying.

In this conversation we touch on hot button issues like the cultural phenomenon OK Boomer, the Thanksgiving plant explosion in Port Neches, the hotly debated FEMA funds given to the city of Beaumont, and Impeachment.

The inaugural episode will be in the main feed for everyone to listen to but after that you will only get access to his witty profane ramblings by becoming a part of the Coffee Grounds $5 tier or other higher tiers on Patreon!